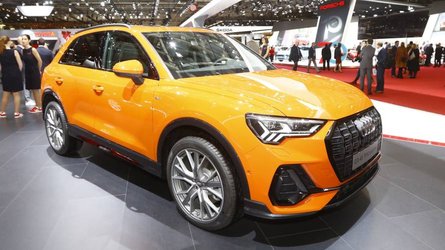 The Q3, Audi’s former entry-level crossover (Q2 has taken its place), has made its public debut this week at the Paris Motor Show with a significantly different exterior design and a tech-laden interior. It represents a vast departure from the previous generation and aims to profit from the crossover craze the automotive industry is currently enjoying.

With the switch to a new model, the Four Rings have moved production of the luxury compact CUV from SEAT’s factory in Martorell, Spain to Audi’s own plant in Győr, Germany. Assembly kicked off about three weeks ago and now a Pulse Orange example is shining under the spotlight of the Paris show with a TFSI gasoline engine and an all-paw Quattro system.

To avoid clashing with the smaller Q2, Audi has stretched the new Q3 by 96 millimeters (3.8 in) and has widened it by…