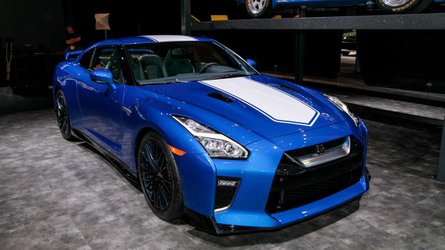 NEW YORK. (April 16, 2019) – Few vehicles in the world can be instantly identified by just three letters. But to motoring enthusiasts everywhere, “GT-R” has become synonymous with excitement, high performance and unparalleled refinement.

Making its debut at the 2019 New York International Auto Show, the 2020 Nissan GT-R 50th Anniversary Edition takes the nameplate to a level that was unimaginable when it was first introduced 50 years ago. To celebrate the half-century of the GT-R, engineers challenged themselves to find undiscovered performance potential while still making sure the car can be enjoyed by drivers at any level.