Two historically important Lincoln limousines that carried President John F. Kennedy – one of which he rode in on day that he was assassinated – will be offered during Bonhams’ live/online American Presidential Experience Auction in New York on October 14, just three weeks ahead of the presidential election.

The white 1963 Lincoln Continental convertible that was designated “Limo One,” and which carried the President and first lady on the morning of November 22, 1963, in Fort Worth with Texas Governor John Connally, has a pre-auction estimated value of $300,000 to $500,000.

President Kennedy, the First Lady and Texas Governor John Connally being driven in the 1963 Lincoln

The Lincoln, which was on loan from Bill Golightly of Golightly Auto Sales for the Fort Worth tour, carried the Kennedys and Connally to the Hotel Texas Ballroom, where Kennedy delivered his last speech, and then to Carswell Air Force Base where they boarded the flight to Dallas.

The other Lincoln is a 1960 Lincoln Continental Mark V Executive Limousine used by President Kennedy for personal trips in Washington, DC. The Mark V was specially outfitted by Hess and Eisenhardt for presidential use with bulletproof doors, divider window, passenger air controls and a two-way telephone in the back seat, which was an uncommon luxury for the period. 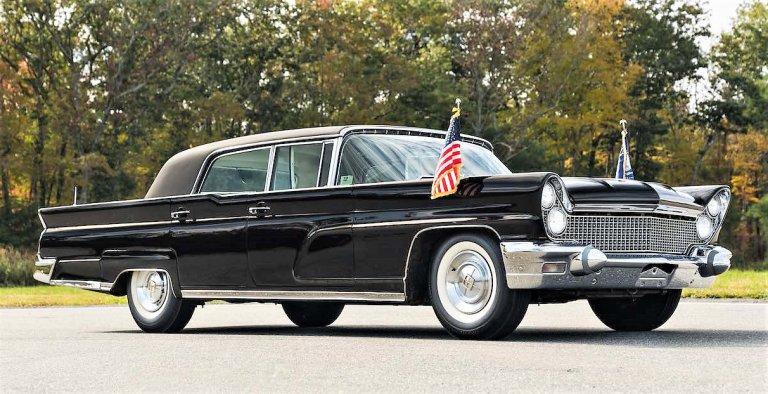 The 1960 Lincoln Continental used by Kennedy in Washington, DC

The car was sold in March 1964 to James C. Walsh, a doctor who had known John Kennedy. Walsh confirmed in a letter that “He [President Kennedy] did use this car for his own personal uses in contrast to the official use of the larger White House limousine.”

Several unusual collector’s items from the Kennedy years also be auctioned, including two mockups that provided a glimpse into the President’s life.

The display mockup of the Boeing 707 Air Force One

Kennedy was known as the first jet-age president, when Air Force One became a Boeing 707, and a full-scale replica of the plane that was used as an exhibition piece for the public will be among the auction offerings.

“The replica includes the full cockpit, crew officers’ workstations, the state room where Lyndon B. Johnson was sworn in as President and the President’s quarters,” Bonhams says in a news release. “It recreates in minute detail the original designs by Raymond Loewy, who created the distinct blue livery which has been used for all Air Force One airplanes since.” 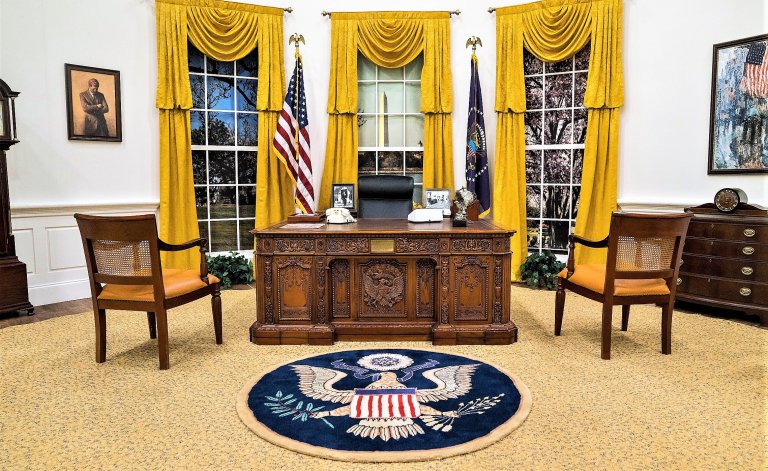 The replica Oval Office has been used as a television prop

Just as evocative is a full-scale mockup of the White House Oval Office, “complete with wooden panels, a fireplace and furniture including a scale fine-wood reproduction of the Resolute Desk,” Bonhams says.

A more-personal item from the Kennedy pieces is the leather Air Force One bomber jacket originally owned by the president. The government-issue G-1 flight jacket with the presidential seal sewn on was given by Kennedy to his close friend and “special assistant” David Powers during Kennedy’s term in office. 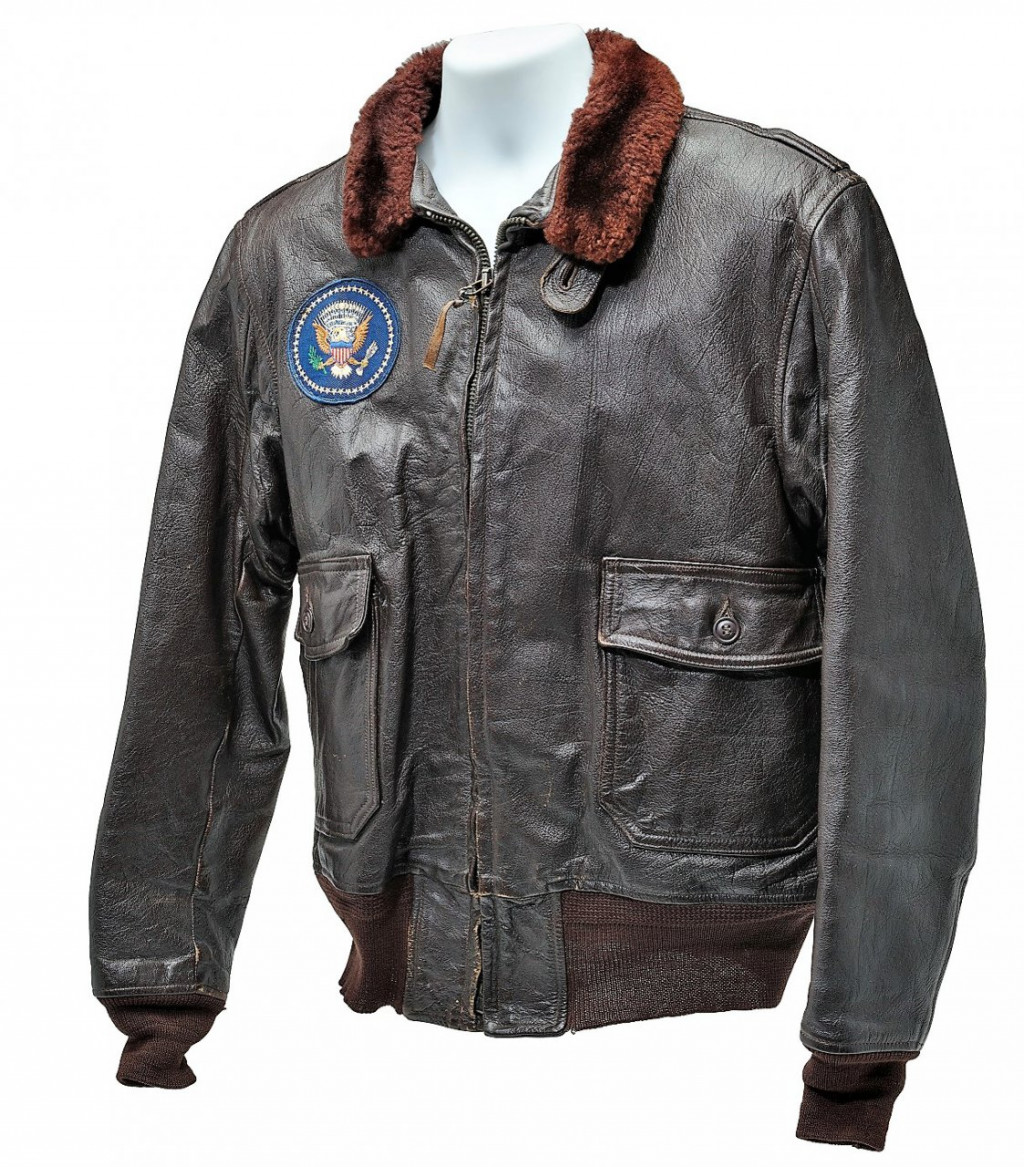 Bonhams will conduct the Presidential Experience Auction, which also includes a number of other historic presidential items, with a live auctioneer on the rostrum at the Bonhams’ showroom on Madison Avenue and live streamed on the Bonhams website, with bids accepted online, by phone or by absentee bidding.

The Kennedy limousines will be available for viewing at the Simeone Foundation Automotive Museum in Philadelphia from October 9 through 11, then by appointment at Motor Car Manor in Ramsey, New Jersey.

This article, written by Bob Golfen, was originally published on ClassicCars.com, an editorial partner of Motor Authority.