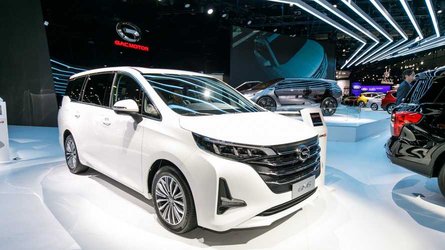 Despite not selling a car in the United States, Chinese automobile manufacturer Guangzhou Automobile Group (GAC) once again brought a number of its vehicles to the Detroit auto show. While the Entranze Concept may be the highlight of the GAC stand, the automaker’s myriad of production cars and crossovers are certainly worth paying attention to, as well.

Although the company previously announced plans to begin selling cars in the U.S. by the end of the decade, not one of the GAC vehicles on display appears to be ready for sale in our market. Of the GACs we played with, none were equipped with government-required reflectors, and all featured gauge clusters that relied on the metric system.

That said, we were impressed with the quality of the products shown. Interior materials were generally acceptable, and build quality appeared above average….