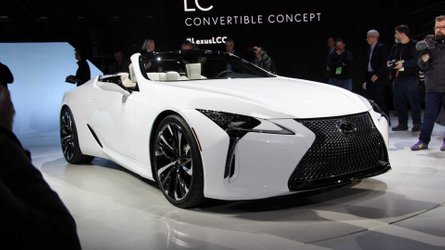 DETROIT, MI – January 11, 2019 – Lexus shocked the automotive world in Detroit three years ago with the debut of the LC coupe. It was a testament to the brand’s new sense of creative ambition, but it was only just the beginning. Since then, the Lexus design team has been exploring the brand’s evolution and the latest result of those explorations will make its debut at the 2019 North American International Auto Show with the world premiere of the Lexus LC Convertible Concept.

An open-air roadster that is an artful reflection of the LC coupe, the design goal of the Convertible Concept was the expression of “ultimate beauty”. From the rake of the…