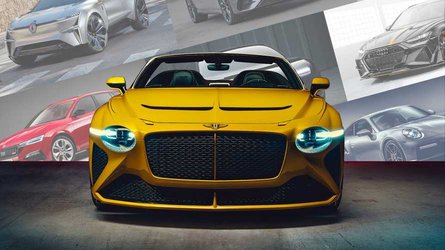 It’s easy to forget Morgan in a sea of boutique automakers that includes the likes of Koenigsegg, Rimac, and others. But Morgan does what Morgan does best – its own thing. That’s evident in Morgan’s all-new Plus Four. According to the company, it shares just three percent of its components with its predecessor – the Plus 4. Spelling it out makes all the difference.

Visually, the Plus Four looks much like the car it replaces, and that’s great. Morgan’s been making rad-looking cars for over a century, and the updated Plus Four doesn’t deviate from the elegant front end, long hood, low-cut doors, and more. Underneath the familiar outside is the company’s new aluminum-rich architecture.

The Plus Four is also one of the brand’s first uses of a turbocharged four-cylinder engine, sourced from BMW. The 2.0-liter mill generates 255 horsepower and up to 295 pound-feet of…