If you can’t beat ’em, build pickup trucks to join ’em. That’s what Hyundai is doing with its Santa Cruz pickup truck, previewed in 2015 by a concept of the same name. On Monday, Hyundai reconfirmed it will offer the truck starting in 2021.

The 2022 Santa Cruz will be built at Hyundai’s plant in Montgomery, Alabama, where the Elantra, Sonata, and Santa Fe are bolted together. The Santa Cruz is expected to share underpinnings with the 2022 Tucson, meaning we’re looking at car-like unibody construction (as opposed to truck-like body-on-frame construction). Honda does the same for its Ridgeline pickup which is related to the Pilot crossover SUV, and Ford has also promised to launch a small, car-based pickup.

This comes as no surprise as Hyundai said at the reveal of the Santa Cruz concept that the vehicle wasn’t an alternative to traditional pickup trucks, as it didn’t prioritize towing, payload, or ground clearance. Rather, Hyundai said it wanted to appeal to crossover buyers who want the extra utility of a bed without having to opt for a truck. Hyundai even refers to the upcoming production Santa Cruz as a “crossover.”

Hyundai will spend $410 million in upgrades at the Alabama plant to support the Santa Cruz and add 200 direct jobs in the process. The flow-on effect at suppliers and logistics companies is expected to add a further 1,000 jobs in the region. 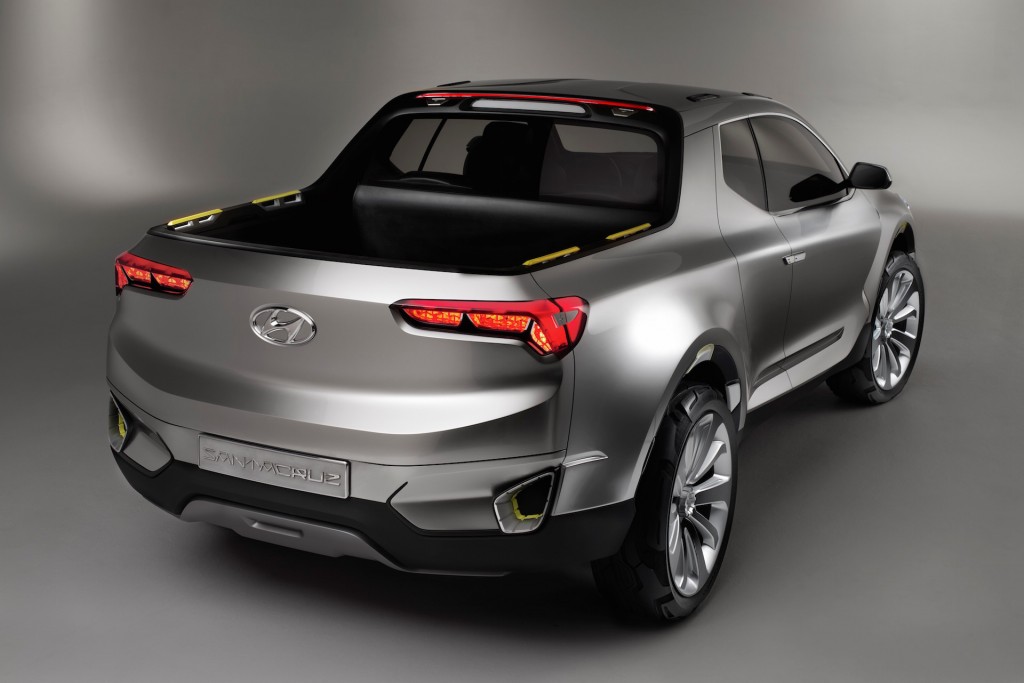 One aspect of the Santa Cruz concept that likely won’t see production is its powertrain. The 2.0-liter turbodiesel from the concept will likely be shelved due to the fallout of the emissions scandals that followed the 2015 reveal. It’s possible a diesel will be offered in other markets, like Hyundai does with the Santa Fe, though the automaker remains quiet on sales of the Santa Cruz outside of the U.S.

Expect naturally aspirated and turbo-4 engine options along with a possible hybrid or plug-in hybrid powertrain at some point, such as those found in the 2022 Tucson.

Hyundai has seen its sales in the U.S. slide since a high of 768,057 units in 2016 due to a sedan-heavy lineup and a complete lack of a pickup. The tally in 2019 was 688,771 units. The automaker is turning the ship around with new additions like the Kona, Palisade and Venue crossovers, and now the Santa Cruz pickup.

Custom VW Up! GTI By Vilner Turns Up The Heat On The Hot Hatch